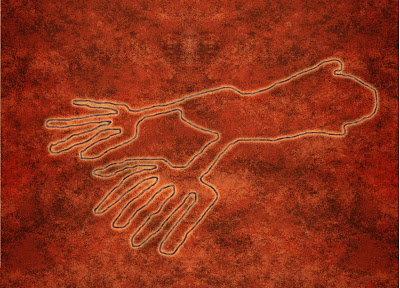 In continuing our display of ‘ooparts’ mention must of course be given to the enormous motifs, spirals and geometric shapes that appear on the Nasca Plains in Peru. There really are few places on earth more baffling or shrouded in mystery. The actual Nazca civilization was one that had flourished in the area from between 200 B.C. and 600 A.D. but no one really knows the true origins or meaning of the enormous and very mysterious Nazca Lines. 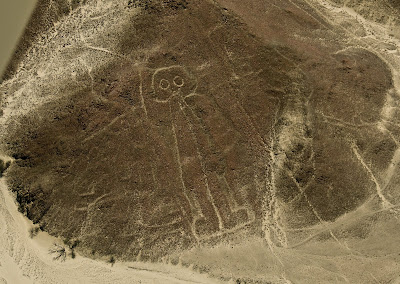 The lines appear etched into a vast plateau, 37 miles long and 15 miles wide called Pampa Colorado that sits high in the mountains of the Nasca region of Peru. The lines were probably first brought to the wider attention of the world by Eric Von Daniken in his book “The Chariots of the Gods.” The etchings are of truly monumental proportions with the plain containing literally thousands of criss-crossing, zigzagging, spiraling and parallel lines covering virtually the entire plateau. 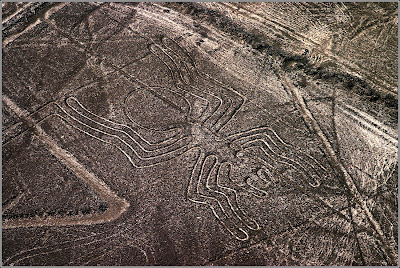 The lines have been made by simply removing the hard rocky surface of the plain and exposing the lighter soil beneath. They range in average width from 6 inches to over 6 feet and run in absolutely every direction across the plain. Some of the lines are over 6 miles long and yet they still run unbroken over plains, hills and valleys and always remain perfectly straight and true. The motifs they depict include bird, animal and human forms, astronomical symbols and interestingly, even one section that seems to look exactly like an enormous long runway. 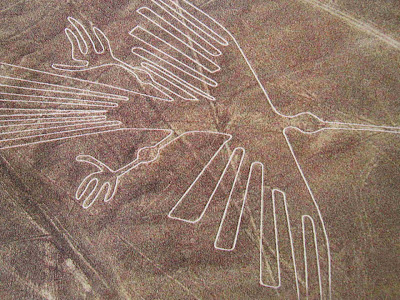 The truly gigantic size of these glyphs that are depicted at Nazca also means that none of them at all are visible to a person standing on the ground and only a person viewing them from the air can see that they actually form shapes and pictures.
The Nazca lines were only discovered accidentally when a plane flew over the site in the mid 20th century and the surprised pilot suddenly noticed them from the air. From the vantage point of the sky however, there can be clearly seen the huge shapes of a monkey, a Hummingbird and one that really does look like an astronaut. And that’s just a few. There are many, many more, covering virtually the entire plateau. 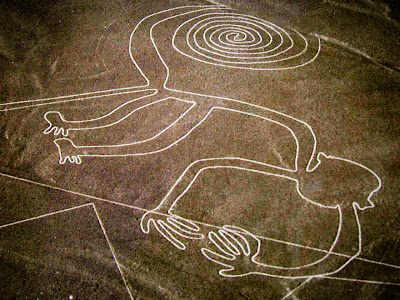 The enormous size of these pictograms really and truly cannot be understated and it is widely believed that the design blueprint for the Nasca site could only properly have been realized from the air. How else would the artist ever know if the design was correct? It also seems strange that anyone would go to all the trouble of covering a mountain plateau in huge pictograms that no-one (who couldn’t fly) would ever possibly be able to view in the first place, there is simply no apparent point to such an exercise.