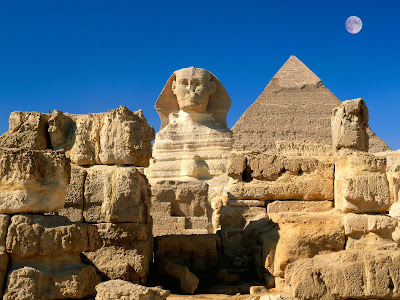 When examining some of the ancient structures it seems inconceivable, almost incomprehensible the people who lived in our distant past could possibly have ever created such enormously impressive stone monuments and delicately tooled items, but somehow, they are there – and we’re not just talking about a couple of odd items here either, there are absolutely hundreds of them in all shapes, sizes and forms.
Ancient Monuments, Sunken ruins, Incredible Pyramids, strange and ‘out of place’ artifacts of a scientific or mechanical nature, and even odder things, in almost all countries, right across the entire expanse our globe.
Thankfully, in recent years a number of very reputable scientists, mathematicians and archeologists have begun to realize that things are quite simply not what they have seemed and are beginning to explore some of the more radical possibilities of mans beginnings that evidence has suggested. In this time several new fields of study have also opened up within the science community. Undoubtedly one of the most intriguing of these fields must surely be the study of ‘Ooparts’ or ‘Out-Of-Place-Artifacts’ though often the study of these Ooparts can present a good deal more questions than it can answers.
Before the study of Ooparts was recognized as a genuine (though still highly criticized) field of study, such items were usually considered merely as curio’s or archeological oddities. An out of sight, out of mind approach was invariably adopted towards any such artifacts and they were quickly locked away or, in acts of gross irresponsibility, dumped at sea before anyone noticed, so
as not to rock ‘the archeological, anthropological or historical boat’, so to speak. Many such artifacts are rumored to have been dumped off the coast of America by the Smithsonian Institute – after all, who wants to re-write all those history books? Such out of place artifacts were usually deemed ‘painful’ or ‘time wasting’ because they invariable provide evidence that is contrary to the orthodox tenet we are presented with, and they raise far too many questions for the closed minded. They can be the most intriguing questions too. All of these artifacts ultimately question our past as they simply don’t belong where they were found and definitely don’t fit in with in with what we “know” to be mans history.
Yet here they are, right before our eyes. For example:
And that’s just a few of the examples. There are literally dozens more. In the ensuing investigations of such enigmatic riddles and artifacts there have been many amazing, and sometimes downright outrageous, statements made by people in numerous publications throughout the world; so many in fact, that it becomes difficult to distinguish truth from fiction. Theories have been put forth concerning vast armies of slaves, teams of craftsmen devoting their entire lives to the completion of one small object, Master stone masons, Alien Intervention, Beings from other dimensions, Time Travelers, ‘Gods’ from other planets.
All have been suggested as possible explanations, and the list goes on. At this point you may be asking, ‘But why should we really care anyway? What’s all the fuss about? The past is just the past - isn’t it?’
Well, interestingly enough, such may not always be the case, because the past may also be a good indication of the future and, (not withstanding the fact that it would just be awfully nice to actually know the truth,) there are many scholars who believe that there are certain routine events that occur on Earth that concern both mankind and the planet we live on significantly. Many believe them to be events that are, in fact, a normal part of our solar system’s rotational mechanism and that they happen in regular and predictable orbital cycles.
There also is real evidence to suggest that the people of Earths ancient past possessed some very detailed information concerning these events. Many of them based their entire cultures, sciences and religions on them! And there are also other more esoteric signs: Enigmatic references and hints of a hidden book or code with which we may be able to unlock these mysteries of our past and future.