Enough Evidence to Re-write the History and hence, the Future of the World 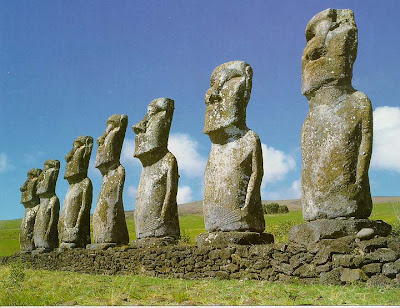 There is now enough real evidence to totally disprove the history we have been asked to believe, much of it is right out in plain view and yet it is still being ignored and in some cases flatly denied by mainstream academia. Those people who do try to investigate these things and bring to public attention, issues that may sometimes go against the “norm,” are ridiculed, usually by someone with a Degree who invariably uses their position of assumed knowledge as a means to completely disregard and discredit what is often quite significant research or substantial facts.
No apposing evidence is ever presented by the academic quarter and the poor researcher is then usually subjected to a series of vilifying personal attacks designed to shift attention away from the actual evidence they were trying to present in the first place. If they then attempt to protest and return to the actual issue, they are generally harassed, banned from archeological sites and made the brunt of endless bad media coverage until they finally just shut up and go away. The whole issue is then closed, hushed up and forgotten as quickly as possible, hopefully to never again see the light of day.
It’s a sad, but unfortunately, very common occurrence these days to see an archeologist, anthropologists or Academic ‘heavy weight’ who has been backed into a corner by indisputable evidence, suddenly start brandishing their degree and launch into a series of scathing personal attacks against their opposition, simply because they can come up with no valid scientific rebuttals to dispute the hard cold facts they have been presented with.
Unfortunately when so many debates surrounding these issues are continuously and repeatedly conducted in such a predictable and completely unscientific manner, after a while it becomes difficult to think imaginatively enough to see it as anything else but a conspiracy.
In all reality, any reasonable theories need to be fully evaluated. All the world leading archeological teams need to combine their resources, all the available information needs to be accessed and viewed together as a whole; all of the monuments need to be examined “en masse” and all the existing ancient texts from all countries need to be studied together as one, though due to the worlds populations constant religious and racial bickering such a thing may never actually occur.
Many of these ancient tales have always been viewed exclusively as myth and fantasy, but when these ancient ‘myths’ are corroborated by each other and by physical evidence and when such inexplicable evidence is in turn found to be adequately explained by the myths then it stands to logic and reason that perhaps a more detailed scrutiny may perhaps be in order.
There have been many authors who have theorized that it is indeed so. In fact, it has recently been discovered that there is a computer code or algorithm running through the entire Hebrew Bible that has been now confirmed to be real by many of the worlds leading mathematicians. The author who released his study of the code believes it tells us of a coming World War. The code appears to speak of or predict all major world events past, present and future and simply has no right being there unless someone put it there purposely, and that someone must either have been a time traveler who knew of all the events that would ever befall the world, or lived for literally thousands of years, or possibly even something else, some intelligence vastly more significant.
Does this mean that God is real? Could it be that time is cyclic as some have surmised? It says in the bible that the end days will be as the first days, and implies as much in many other texts and legends. But have both have these periods already come gone before? Is man destined to repeat again, things that have befallen in the past?
It is the intention of this blog to explore many of these questions in an effort to provide a deeper understanding of our past, our future, ourselves and the perilous situation we now find ourselves in.