A Brief Mystery of the World 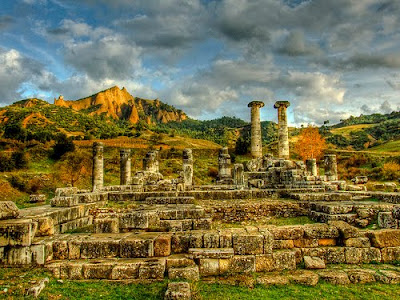 The beginnings, both of earth and of man, are a complete mystery. The theories concerning our beginnings that we have been presented with, by both Academics, who talk of evolution and gradualism; and by Theologians who claim creation, are each fraught with a myriad of inconsistencies and contradictions. In reality, the true histories of both man and of our planet are still an enormous riddle. It would seem that all anthropological, archeological and now even genetic evidence says that modern man simply does not belong here.
The question was posed by scholar Zechariah Sitchin in this manner:
“If life indeed began through a series of spontaneous and random chemical events as evolution and science has so far surmised then why is it that all life on Earth stems from a single source and not from a myriad of different sources that were each arrived at by chance? And most importantly why does life on Earth contain so few of the chemical elements that can be found in abundance on the Earth yet so many others that are in fact, celestial elements, and rare to our planet? Could it be possible that the seed of life did not actually evolve on the Earth but in fact came here from somewhere else?”
We have, in some ways, gained some insight into the very first stages of our Solar System and our home planet. How it was first formed from the gases, elements and primordial stuff of the universe, gradually cooling into a solid sphere and how the elements then reacted and combined until somehow at last, the spark of life was born; but from then on, it becomes a little hazy.
Embracing evolution, scholars have taught us that all life on earth first came from the sea, gradually finding limbs and crawling its way onto land where it slowly evolved to form new creatures, and eventually birds, animals and all other life. We are taught that in ancient times, well before the dawn of man, strange prehistoric beasts of huge proportions ruled the earth, enormous cold blooded reptilian creatures, which we have named Dinosaur, meaning: “Terrible Lizard.” It is believed they first appeared around 193 million years ago and reigned supreme until most were wiped out some 65 million years ago in the shattering impact of a meteorite or comet fragment in the vicinity of the Gulf of Mexico. The event caused mass extinctions among many species by covering the entire globe with a cloud of dust and debris plunging the planet into a nuclear winter and a devastating ice age.
But, almost miraculously, small pockets of the prehistoric creatures somehow withstood the ravages of cold, survived the ice age and continued to evolve. Then there is a kind a ‘grey area’ during which the first man evolved from apes and began life in caves some 2 to 3 million years ago. During that time primitive man is said to have evolved from primates through to Australopithecus, Homo-Habilis; Homo-Erectus; then Neanderthal species, which eventually declined to be replaced by Cro-Magnon a species that was very similar to modern man that seemed to appear apparently from nowhere.
Then eventually Cro-Magnon was itself replaced when the first species of Homo-Sapiens was born about 250,000 years ago. Homo-Sapiens-Sapiens or modern man is said to have first appeared about 40,000 years ago, at which point it’s not considered to be too ‘grey’ anymore and we’re told that mans history then becomes a relatively straightforward affair: Over time, man ceased dwelling in caves, learned to become hunters and gatherers, formed villages to live within organized communities and slowly progressed to civilization about 6,000 years ago, eventually learning to sail and travel, and finally culminating in our current civilization and advanced level of technology.