The Dogon Tribe Of Africa And Their Alien Gods From Sirius 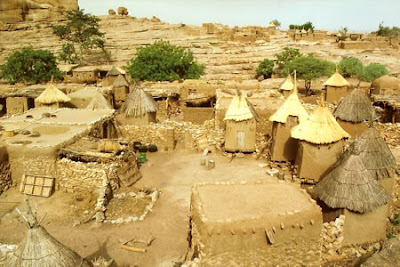 The Dogon are an African tribe located mainly in the Bandiagara and Douentza districts of Mali, West Africa. The tribes population (about 300,000) being most heavily concentrated along a 200 kilometre stretch of escarpment called the Cliffs of Bandiagara. In which they have managed to use to fashion some spectacular dwellings for themselves. 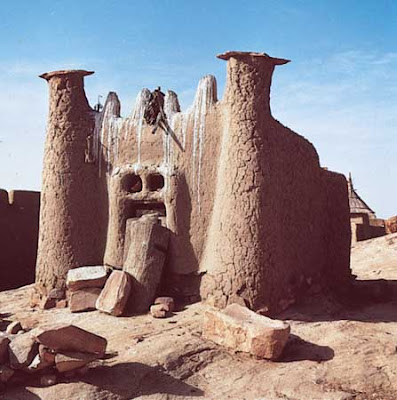 In the early 20th Century two French anthropologists named Marcel Griaule and Germain Dieterlen spent a good deal of time living with the Dogon in order to study their ways. In 1930, after they had been living with the tribe for some 15 years, four Dogon Priests decided that it was time to take the Frenchmen into their confidence and invited the men to share in the tribes most important and secret tradition. 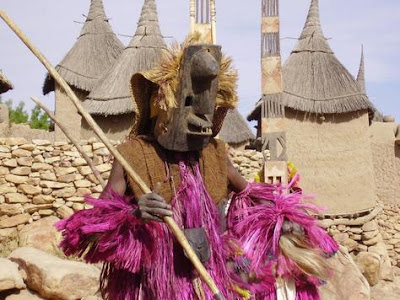 The tale was the secret Dogon creation myths about their sacred star which they named as Po-Tolo. The star to which they were referring is Sirius which located some 8.6 light years from earth. Sirius is also the brightest star in the night sky. The Dogon told the Anthropologists that Sirius was the home of the Gods who had made them who they are. They told them that Sirius is the smallest and heaviest thing there is and that it was white in color. They said that it had a companion star, invisible to the human eye but that it moves around Sirius in an elliptical orbit that took 50 years. They said Sirius was incredibly heavy and that it rotated on its axis and they further describe it as having a circle of reddish rays around it that is ‘like a spot spreading but staying still’. 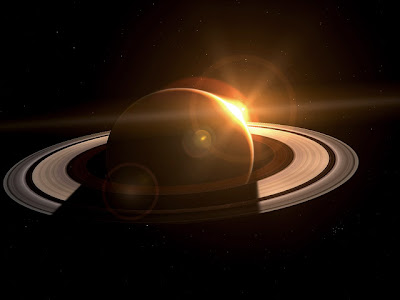 Dogon oral traditions also quite adamantly state that they have known for thousands of years that Jupiter had moons and Saturn had rings around it. 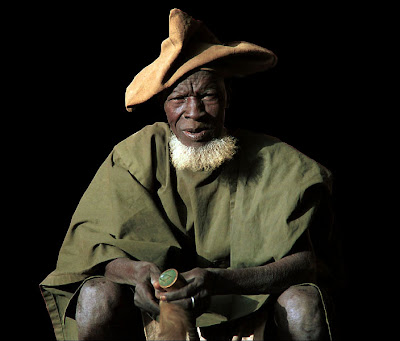 Initially the men did not see the astronomical importance of what they had been told by the tribe and only offhandedly published the story in an obscure Anthropological journal. However sometime later the information was noticed by several astronomers and deemed worthy of a further, more detailed investigation. 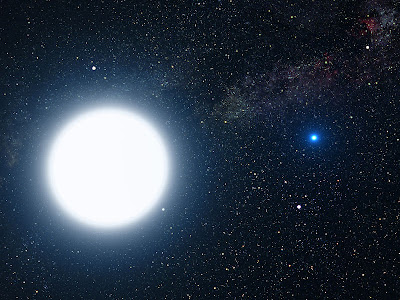 What they discovered was that the Dogon had in fact, accurately described the three principal properties of a white dwarf star: small, heavy and white and had also stated that Sirius is a binary star, both of which we now know the Sirius system to be. They are also absolutely correct in their knowledge of its companions’ rotation as Sirius-B orbits Sirius-A every 49.9 to 50 years.
Their description of reddish rays is also quite remarkable as this space telescope photograph reveals and perfectly describes the DNA type pattern that is made by the elliptical orbit of the two stars rotating around each other as they travel through the sky.
The Dogon people also use an extremely unorthodox calendar that is based on a 50 year cycle. This cycle is uniquely unusual because it does not follow any cycles coinciding with any movements of our earth, moon or sun but instead is based wholly on the rotational movements of Sirius B. In fact the entire Dogon Culture is based around the 50 year cycle of Sirius B.
The Dogon People of pre 1930 had no telescopes or real written language. How is it they were able to accurately describe things we still only possessed a very limited knowledge of? Where did they get their information? The Dogon repeatedly say that they were taught these things many, many years ago by their Gods who visited them from their home planet which orbits Sirius B.
The Dogon also describe them as being amphibious creatures.