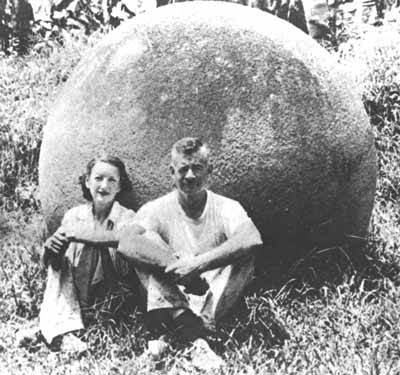 An an amazing discovery was made in the 1930’s by workmen were clearing land for a banana plantation in Costa Rica. 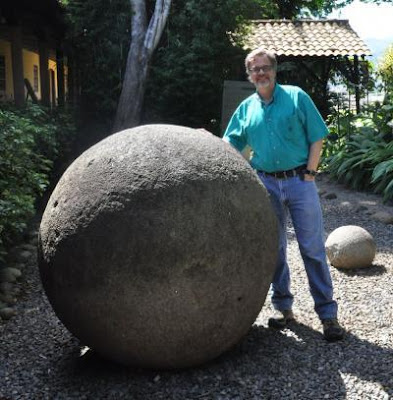 While burning and hacking away the jungle the workmen literally stumbled across scores of stone balls that had somehow been shaped and placed in the forest. Many of these balls are perfectly spherical and vary greatly in size ranging from the size of a tennis ball to around 8 feet in diameter and weighing up to around 16 tons and are great distances from each other with not apparent design to their positioning. Though these spherical stones are quite obviously not a natural occurrence, who may have made them and placed them at their locations or why remains a complete mystery. Some have theorized that the area was once a huge scale map of the Solar system but unfortunately too many of the stones have now been moved from their original locations to know whether this may have been the case. 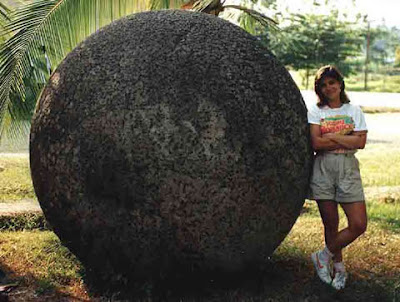 These spheres are also cut to perfection and are incredibly smooth. Cutting a large stone into an absolutely perfect sphere is a n extremely difficult undertaking and the methods that may have been used to achieve such flawless results is also totally baffling.