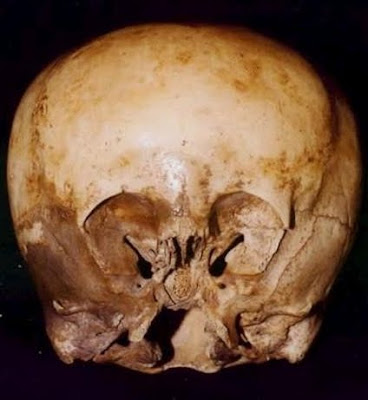 Lloyd Pye, author of Everything You Know Is Wrong, has taken it upon himself to discover the identity of an unusual skull he has dubbed "The Starchild Skull." The skull, which was found in a mine shaft near Chihuahua, Mexico around 1930, is unusually wide at the back and exhibits larger than normal eye sockets. Although he says the origin of the skull is uncertain, Pye speculates on whether or not it could be of alien origin - or at least belonging to a human-alien hybrid. 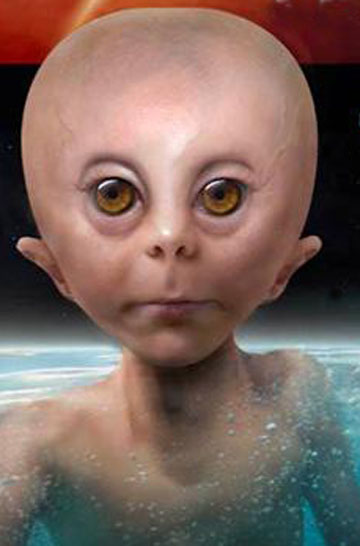 While some contend that the skull was merely that of a deformed human child, Pye wanted definitive proof and so, in late 1999, subjected the skull to DNA testing. The results of the test indicated that the skull was from a human being, but Pye points out that the lab could not extract sufficient strands of DNA to make a definitive conclusion, and therefore the question still remains open.