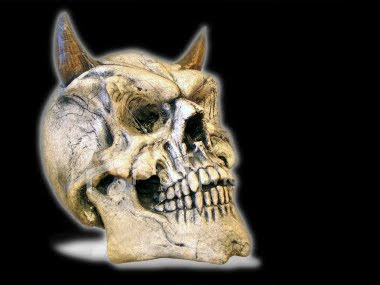 Within an ancient burial mound near the town of Sayre in Bradford County, Pennsylvania, skeletons measuring approximately 7 feet in length were discovered in the 1800s. But the most remarkable feature of these tall skeletons was not their height, but the strange horn-like protrusions above the brow region on their skulls. It was estimated that they were buried around 1200 AD. According to some sources, the skeletons were sent to the American Investigating Museum in Philadelphia, and vanished.