The Lanzhou Stone, Proof Of Life On Other Planets: Out-of-place Artifacts (OOPArt) 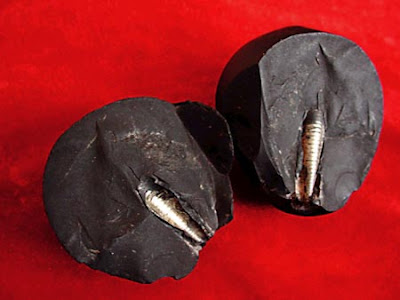 A truly amazing object has recently come to light in the form of an uncommon stone with a threaded metal bar inside it that was recently found by a Mr Zhilin Wang in China near to the Marzong Mountain region on the borders of the Gansu and Xijiang provinces.
The mysterious stone is pear shaped, about 6 x 8 cm, extremely hard and weighs 466 grams. Incredibly the rock is of a type that is totally unknown suggesting that in may in fact be a meteorite. However it is not only due to its unknown make up that the item has attracted enormous attention from many geologists and collectors around the world but also because of the starling artifact it contains within it.
As reported in the ‘Lanzhou Morning News’ on June 26, 2002:
"More than 10 geologists and global physicists from the National Land Resources Bureau of Gansu Province, Colored Metal Survey Bureau of Gansu Province, the Institute of Geology and Minerals Research of China Academy, Lanzhou Branch, and the School of Resources and Environment of Lanzhou College gathered to study the origin of this mysterious stone.
After a discussion about its possibility of being man-made and the possible reasons for its formation, the scientists unanimously labeled the stone as one of the most valuable in China and in the world for collection, research and Archeological studies."
During the discussion, the scientists proposed many hypotheses about the formation of this stone, but found all incredible. The screw-threaded metal bar is tightly enclosed in the black lithical material. Neither the bar's entrance to the stone nor the exposed bar tip appear to be man-made.
Moreover, the screw thread width remains consistent from the thick end to the thin end, instead of varying due to the growth of organisms. One of the hypotheses says that this stone could be a relic from a prehistoric civilization, since a civilization equivalent to ours is thought to have existed on earth before our current one. Another theory is that it could be a stony meteorite and it could have brought the information of an extraterrestrial civilization.
At the end of the conference, all scientists agreed that further research is needed to address questions such as how the stone was formed and whether the "metal bar" is truly metal, before the "visitor-from-outer-space" mystery can be solved.
What this stone and the threaded object is still remains any bodies guess at the moment but if it is indeed a meteorite, then it has provided us with unquestionable prove that we are not alone. 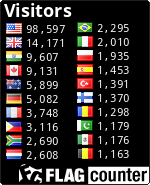