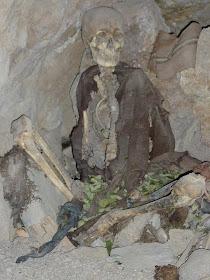 In 1888, seven skeletons were reportedly found in a burial mound just outside Clearwater Minnesota. 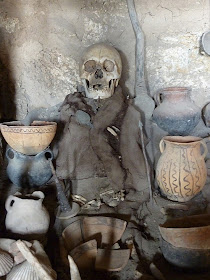 All of the skeletons were anatomically correct except for the skulls which had double rows of teeth in both the upper and lower jaws. 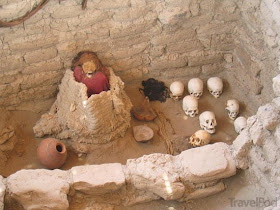 The foreheads were also unusually low and sloping, with prominent brows. All had been buried in a sitting position, facing the lake.
Share